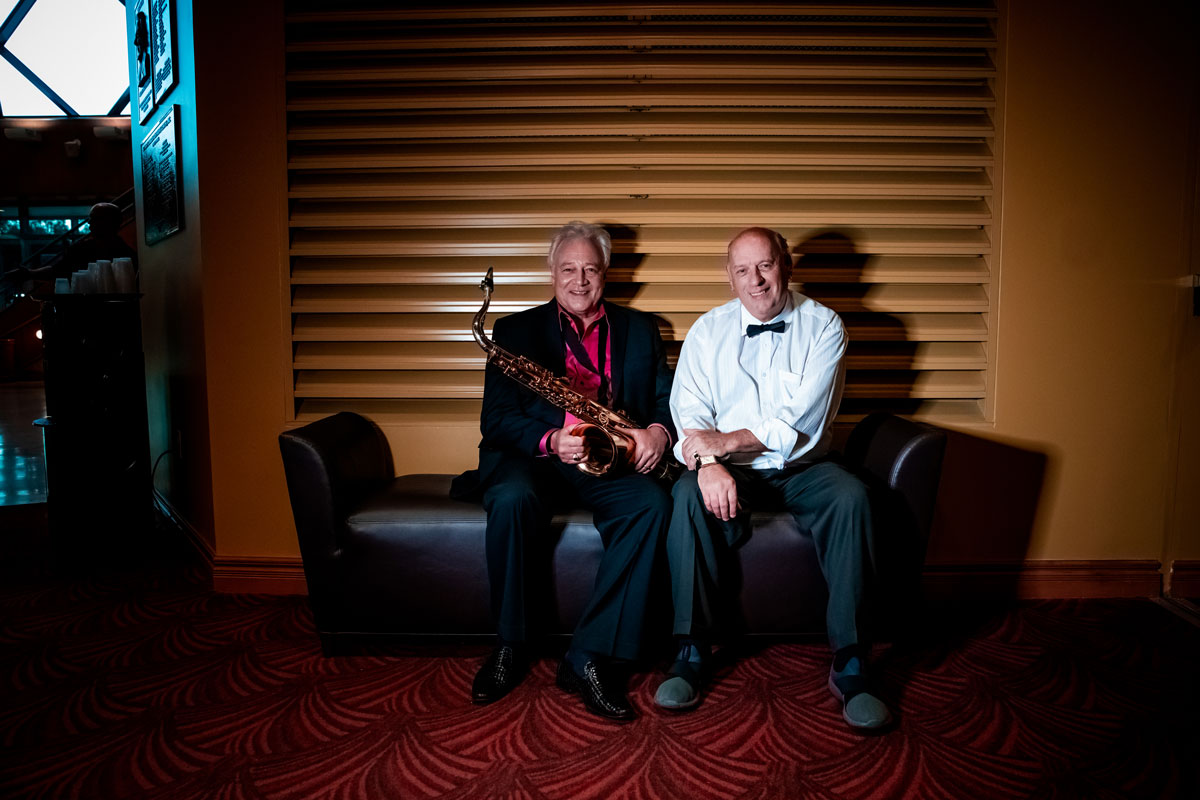 Spend a few minutes with Reggie Lafaye, a nationally acclaimed saxophonist, and Arthur Strout, an award winning song writer and pianist, and the camaraderie is unmistakeable. Light hearted banter and laughter fills the air when the two are together.

The two men met several years ago while working on a music project. Reggie and Arthur soon realized they had more in common than a passion for music. Each served during the Vietnam War and suffered from PTSD, Post-Traumatic Stress Disorder, as a result of their service.

No matter the name, PTSD reveals the life-altering effect of traumatic events in the lives of people. The young, eighteen year old Reggie strapped on his boots and proudly left for Vietnam in order to serve his country as a medical corpsman in the United States Navy. His time in the service left wounds no doctor can heal. His memories haunted him with the images, sounds, and words of devastation from his time in Vietnam. Emergency personnel brought him the injured and maimed, some who pleaded for him to end their life. Reggie couldn’t comply with their desperate pleas. He recalls,  “It’s hard to see guys that are so young with so many complex problems and they don’t want to live. I wouldn’t have ever taken the right to terminate their life because there’s a reason for it.”

He worked to the best of his ability to spare the lives brought to him, but the injuries of many made the medical treatment futile. He recalls, “I will never forget the first guy who died in my arms. He was six foot six. A Native American from Montana.”

Reggie and others who serve in the military experience things too terrible to mention. Things they relive day in and day out years after it’s over. Reggie admits, “Everyone deals with death. But when you see that much death and men who beg you to die, it does something to your mind, heart, and soul. I was angry and I didn’t know why I was angry. I didn’t know how to process it.”

Reggie experienced symptoms of PTSD, including extreme anger and nightmares. He began to turn to alcohol to cope, but determined he wanted more in life. Reggie shares, “I didn’t just want to be a drunk or drug addict, I wanted to be a quality man like my dad.”

With the help of medical professionals, his love of music, and his faith in God, Reggie experiences symptoms of PTSD far less than before. 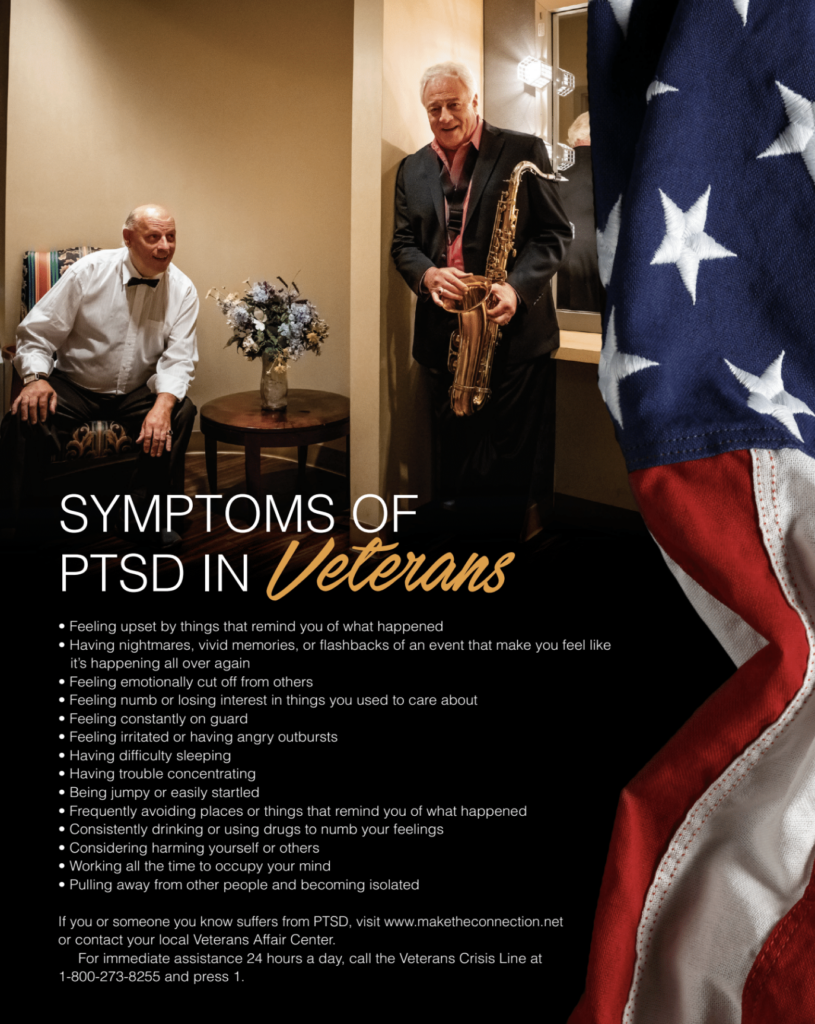 Arthur testifies to the the change in his dear friend, “Reggie is not like that today. I see a very loving, caring guy.”

Reggie and Arthur’s journey to overcome PTSD allows them an opportunity to serve so many who dedicated themselves to the freedoms of the United States. They understand the struggle a veteran faces after sacrificing so much. Reggie explains, “Sometimes a veteran just can’t give of himself anymore. He gave himself in war. He’s given it all away.”

In many instances, a veteran gave so much of themself they can’t fathom having anything left to give. Reggie explains, “PTSD is a hidden killer and unfortunately the killing is self-inflicted. Twenty-two vets a day take their life.”

In May 2019, Arthur and Reggie joined their musical talents to take a stand against the silent killer and collaborated on a song titled, Just Like Me.

The idea for Just Like Me began in the parking lot of a VA hospital as Arthur sat in his car after an appointment. He considered the people and struggles he witnessed while walking the halls of the hospital. He explains, “I have medical issues. It’s so minor compared to the people you see in the hallway in the motorized wheelchairs with no arms or one leg, or no arms and no legs. I’ve seen that many, many times.”

Arthur’s heart broke not only for the fellow veterans he saw in the VA hospital, but for those who seem forgotten, including the veterans who sleep homeless on the streets. He composed the words to Just Like Me and invited Reggie to collaborate on the project vocally.

Both men perform the song during their shows in hopes of raising awareness and funds to support organizations who assist veterans. Often audience members reach out to the men after their shows regarding a personal struggle or a family member with PTSD. Reggie and Arthur offer a listening ear and resolve to do what they can to help.

Their mission is to invest much needed face to face time with fellow veterans who need someone to care and commit to stand with them as they fight a war within themselves. Though Reggie is retired from his career as a musician, he still rehearses daily to sharpen his skills. However, when a fellow veteran needs him, he is ready to take action. He explains, “Being able to be there when they really need a soul is important. I try to rehearse four hours every single day and not to miss, but there are times you need to just get in your car and go.”

Reggie considers himself a starter, someone who serves as a starting point for someone’s journey to healing. In a world where each day sees twenty-two veterans take their own lives, Reggie knows he can only do so much by himself, “What am I going to do when I have ten that need to be visited within three minutes? I can’t duplicate myself that quickly. I need to find guys like Arthur.”

Arthur isn’t an official staff member or volunteer at the Edward Hines VA Hospital, but most would know him by name. He purposes to place himself where he can interact with veterans, “I go to the cafeteria because that’s where most are hanging out. They go there for a cup of coffee and talk to other vets and to get to know their story.”

Veterans deserve and need others like Reggie and Arthur to invest in them after they gave so much. Someone to commit to be a listening ear or kind soul.

Both Reggie and Arthur dedicate themselves to helping fellow veterans, but with approximately 14,000 veterans in Western Kentucky as of 2017 and 18.2 million veterans in the United States as of 2018, the task is more than they can take on alone.

A man walks down a city street. Everything about him warrants caution. He possesses ...

Running for a Cause