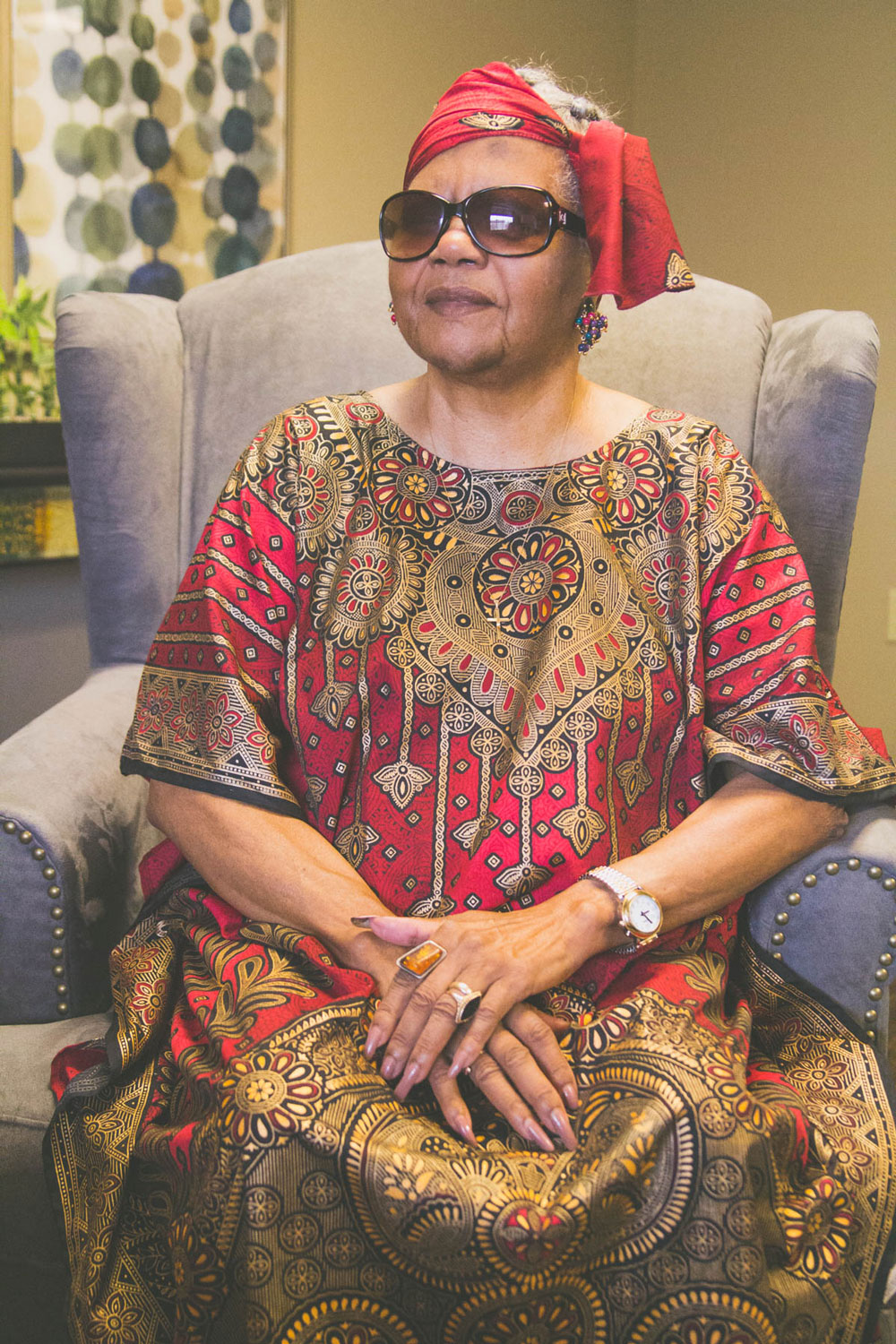 JoAnn Green has lived a remarkable life. As a single mother of five children, she overcame many hardships in life, including losing her vision, but has overcome them with her strong faith and determination to give back to others.

Throughout her life, JoAnna has formed a passion for the arts. She grew up in East St. Louis, IL to a loving family where her father worked a lifelong career at a gas plant and her mother worked for a Catholic school to help pay her children’s tuition. Because of her parent’s hard work and determination to offer their children a better life, JoAnna and her siblings had opportunities many at the time did not. JoAnna and her three siblings attended an all Caucasian Catholic school where she gained an education that attributed to her love and passion for the arts.

After graduating from high school, JoAnna attended college where she earned a degree in theatre and history. She went on to work in a variety of industries and took a job working for a radio station and then a school system. During her time working for the school system, she wrote a program called “Creative Expressions” which taught children how to positively express their feelings.

The arts always played a key factor in JoAnna’s life and she became an award-winning poet and wrote and produced plays for the theatre. One of her most notable successes is winning a poetry award which was presented to her during an elite award ceremony in New York. It was there that she met many celebrities including Minnie Pearl, Don King and Red Skelton. She is a gifted poet and had a poem published by the Society of European Stage Authors and Composer (SESAC) in Nashville.

In 1994, JoAnn lost her vision but didn’t let her loss stop her. She continued to thrive in life. One of her greatest accomplishments is graduating from Murray State University and walking across the stage without her vision.

“Because I was once sighted, I know colors and what people look like. I can tell about people from touch, tone, feel, and things I never thought of before. Vision loss is indescribable but you can do it, you just have to really put yourself into it and have strong determination. Because of my vision loss, I have a more sensitive heart and have learned how to give back to others. I’m more cognitive of people and their feelings now,” says JoAnna Green.

“Anywhere I’m needed, that’s where I try to be,” says Joanna. “Do you know the saying, ‘When life gives you lemonade?’ I’m learning to take the bitter with the sweet. And sometimes, it takes a whole lot of moisture to make it sweet but I keep trying and trying until I succeed.”

JoAnn’s greatest lesson in life is raising her five children as a single mother. She is proud of each of their accomplishments as each child has a unique and successful career.

“My greatest lesson in life is being a single parent with five children and surviving. And not only that, coming out ahead.”

Without a doubt, JoAnna Green has lived an incredible and passionate life that has given so much to others.

We Are Awesome Possums