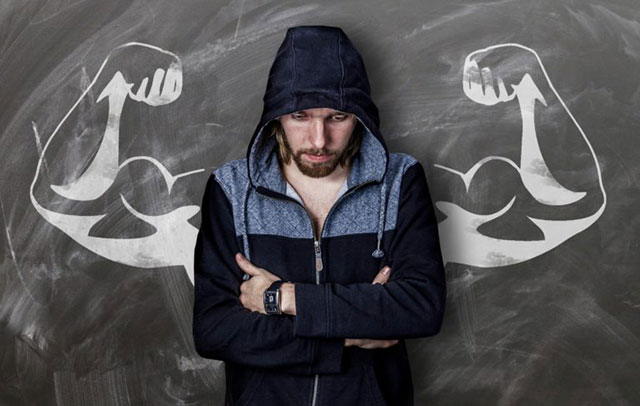 Every once in a while you’ll hear a statement surface, usually coming from someone who’s been wounded, confused, or opposed to Christian theology that says, “Being a follower of Jesus is for weak people that need a crutch,” or “Christianity is just this superficial religious system that was created to make ignorant people feel good about themselves.”  With Easter around the corner I thought this would be a great time to think through some of this.

No doubt around this time of year you’ll see somewhere on TV, online, or in print that Jesus didn’t rise from the tomb, that He didn’t really exist or they’ve found the burrito He ate the Tuesday before He died.  Skeptics have tried and will continue to try to discredit or add to the reality of the Christian faith, yet all have fallen short of that goal.  And a major reason for this failure is because of the veracity of the historical Jesus.  What I mean is that Jesus was a real dude, who really lived, who really died, and who really rose again.

The decision people have to make is not, “Was Jesus a real person”, the question is “Do I believe Jesus is who He says He was?”  Historically speaking, the man Jesus from Nazareth isn’t the problem at all.  There are tons of critics who are suspect of the inherency of the Bible and that’s okay.  I want you to know that virtually all of our modern scholars in the area of antiquity (Christian and non) don’t hesitate to conclude Jesus truly lived; many of them ironically cite the synoptics (Matthew, Mark, Luke) in the Bible for their ancient validity.

And just in case you are concerned about the legitimacy of the Bible, you should know there are tons of sources outside of the canonical Bible itself that corroborate Jesus’ story.  Here are just a couple: Josephus – a first century AD/CE Jewish historian wrote, “About this time there lived Jesus, a wise man, if indeed one ought to call him a man.” (based on the translation of Louis H. Feldman of The Loeb Classical Library).  Another writer Julius Africanus in Chronography quotes Thallus (an early secular write around 52 AD) on Jesus’ crucifixion saying, “On the whole world there pressed a most fearful darkness; and the rocks were rent by an earthquake, and many places in Judea and other districts were thrown down.”  Neither were followers of the God-man Christ.

Maybe you’re not a history buff, maybe you could care less, but I don’t want you to be uninformed or fed misinformation either.  Outside of the Bible there are at least 19 early secular writers that talk about the life, death, and burial of Jesus.  This is not inclusive of the Jewish Talmud or the disciple martyrs or the gospel accounts or the 300+ old testament prophecies fulfilled through Christ.  The accuracy of the New Testament and its confirmation to Jesus’ life far outweigh any other ancient document we have today by leaps and bounds.

In fact, we have in our possession over 5500+ greek NT manuscripts, over 10000 Latin NT manuscripts, 8000+ coptic syriac manuscripts, and over 36,000 quotations from the NT – each of which on their own would be enough to recreate the entire New Testmament.

Once we move past accepting His existence, the dispute typically moves to translation.  The most frequent resistance I hear is that the Bible is a translation of a translation of a translation and so we really have no idea what the word of God truly is.  I want you to know this too is misleading; the thing people fail to understand is that the men writing these eyewitness accounts were multilingual, they could speak in one language and write in another without a pause.  They could speak Aramaic and write in Greek, they could write in Greek and speak in Hebrew.  There’s a lot more I could say about the flaws in losing the accuracy of translation, but truly this isn’t the issue either.

Written documents, historical influences, and archaeological evidences all point to solid verification that there was indeed this guy named Jesus who lived in Nazareth who claimed to be God and that’s the real question we must answer: Do you believe Him to be who He said He was?

And there are 2 basic routes we can take on that front:

(2) Jesus was a crazy lunatic.

I say these are the only 2 options because Jesus can’t be just a good guy or inspiring teacher.  Think about it, if anyone came in today and said, “Hey I’m God, you can’t make it to heaven except through me,” we’d look at them and say, “You’re a nut, you need your meds!”  The same reasoning makes sense for us to apply with Jesus.  He is or He isn’t.

So let me say this, following Jesus is for weak people who need a crutch.  It’s for the broken, and wounded, and hurt, and wrecked, and burdened; it’s for people who know there’s something bigger than them running the show.  Paul quotes Jesus on this in 2 Corinthians 12:9, “But he said to me, “My grace is sufficient for you, for my power is made perfect in weakness”.  Jesus doesn’t surround himself with the weak so He can be made stronger, He surrounds himself with the weak so He can make them stronger.

And I know I’m very ignorant on many issues, and I do know being a Christian has made me feel really good, but I am not a Christian because I am uninformed.  I believe in Jesus not because my parents are Christians, not because we live in the Bible belt, not because I watched him on the history channel, and not because someone told me to believe.  I believe because I know Him, I’ve investigated His life, I’ve felt Him, I’ve seen Him move in my life and respond to my prayers. I believe not just because of faith, but I also believe because of fact.  And I’m not trying to convince you; I just want you to give a fair evaluation as you explore Him for yourself.  In fact, that’s how many of the disciples became followers because at first they too were skeptics.

May God the Holy Spirit guide you as you consider Him this Easter, Amen.

Families on the Spectrum: Living, Loving, and Learning with Autism